Me & My Ride: Fred & Mariana Johnson 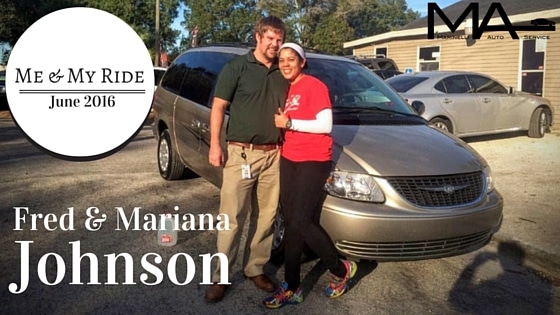 Nothing can keep Fred and Mariana Johnson stagnant for too long. Always on the go, heading to the beach with friends, hanging out at Universal Studios, or out exploring Orlando, the Johnsons are lovers of life and activity.

Fred and Mariana’s love story is sweet. Mariana, who has spent several years in the states but is originally from Venezuela, was teaching teen moms in Costa Rica while Fred was there studying Spanish. Fred knew right away that Mariana was the girl for him and asked her to be his girlfriend on her birthday two years ago. Mariana wasn’t so quick to think Fred was “the one,” but she decided to give him a chance. However, it didn’t take long for Fred to win her heart. After her week-long birthday celebrations, she had a change of heart and knew she’d spend the rest of her life with him. “We met, started dating, and got married all in one year,” shared Fred, “We just celebrated our one-year anniversary,” he said with a big grin.

They moved to Orlando at the beginning of this year, and they enjoy being closer to their family, friends, and Fred’s home church. Fred jumped back into teaching in his new position teaching finance and technology at Oak Ridge High School, and Mariana began teaching tennis lessons.

Being a one-car family for now, reliability is really important to Fred and Mariana. On a typical work day, Mariana drops Fred off at school and then goes to teach lessons or run errands before picking him up again in the afternoon. When they aren’t teaching, they love traveling around the state from St. Petersburg to Miami, visiting family and friends, and going to the beach together. Fred calls their 2003 Chrysler Town & Country a “road trip machine.”

Buying the van used was important to them. They spent a lot of time consulting with Andrew about which minivans would serve them well. He did a quick background check on the VIN before they brought the car in for a pre-purchase inspection. Afterwards he advised them on how fairly priced the vehicle was compared to how much they should plan on investing in it in the future. They were able to purchase the van in cash with money left in their budget to do some repairs which allowed them to feel great about their purchase.

“It’s awesome!” Mariana said when asked what she liked about the van. “It was an absolute gift from God after looking at other vans and car-hunting for a while. This was it. It was love at first sight. I love all the space for family and friends.”

Aside from the joy of filling the van up with their family and friends, the bonus according to Fred is, “It’s fun to drive!”

Their one concern about the van is that it’s 13 years old with 100,000 miles already under its belt. Not being the first owner, they don’t have a history on the vehicle, and they want to make it last. That’s where Marinelli Auto Service comes in. 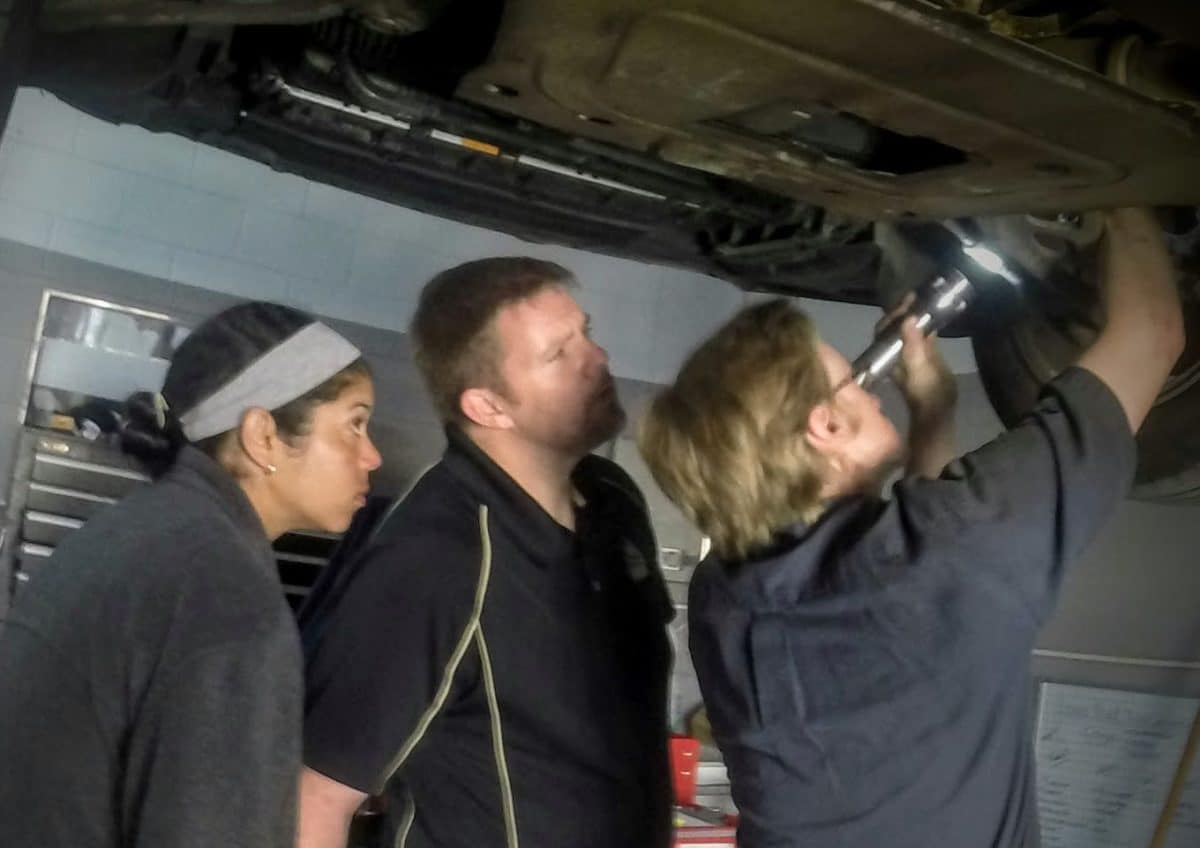 When the Johnson’s first moved to town, they asked their friends John and Brandy for a recommendation for a good mechanic: they sent them to Marinelli Auto Service. John and Brandy had yet to bring in a car of their own (though they have since), but they had heard positive things from others they knew and trusted. Fred said that the first thing that stood out to him came right after the van’s inspection.

“This gift from God was really a package deal,” chimes in Mariana, “It was also a gift from God that John recommended you to us. I’m concerned about being able to maintain it.”

However, with the detailed inspection and a plan for what to expect with repairs, her concerns are now minimal.

Fred agrees, “Andrew took me under the car to look at every specific thing he had marked [about its condition]. I was really impressed with the inspection. And I know that I can trust you. I see that this is more than just a shop to you guys. It’s about relationships…I know that it’s not just to make money [for you].”

It’s because of the detail Andrew provided that the Johnson’s can plan for repairs in a reasonable way and enjoy the time they spend with their friends and family in their “road-trip machine” Chrysler Town & Country.